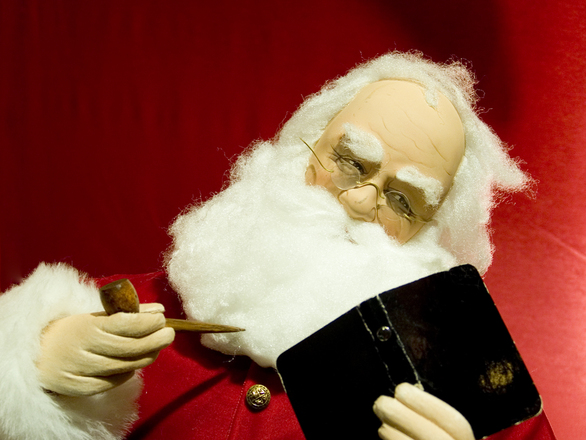 Like everything else associated with the holidays, I’m sure you’ll consider this article one that comes too soon. But, for the publishing industry, the looming spectre of the Christmas season has well and truly begun.

This post was spurred partly by my receipt of an actual gasp physical book catalogue last week, geared at – you guessed it – Christmas shoppers. With a smidge less than a month until the big day, every business even remotely associated with retail is pulling out all the stops.

However, I was curious as to what Christmas meant for the publishing industry. As one that produces physical objects that may easily be used as gifts, it would be clear to anyone that this particular national holiday is important to book sales.

And yet, for many, the book is not at the top of any Christmas lists. True, the rectangular package under the tree does have it’s own brand of predictability. The avid readers out there will also be familiar with the mingling of excitement and dread as you unwrap a carefully chosen book to be confronted with your fourth copy of Pride and Prejudice. Book buying can become a minefield at Christmas time, so how does the publishing industry address this?

Well, first and foremost, by increasing the number of new and exciting titles for readers to salivate over and parents to be confused by. The significant increase in books being released for publication around the first week in October has become so apparent that it now has its own name – Super Thursday. This is the day on which many of the big potential bestsellers are released, with plenty of time to entice shoppers away from shiny plastic and chocolate-coated nuts.

The reason for this is that new books are generally given between 2-3 months to prove themselves, sales-wise. Usually it becomes clear after the first two months whether the publisher has a bestseller on their hands or not. By releasing books on Super Thursday, these books have just the right amount of time to get on the Christmas bandwagon and help the word of mouth spread in the seasonal sales rush.

But this is done in order to target a certain type of recipient – the ones who (apparently) most commonly receive books for Christmas. An article published in UK newspaper The Telegraph a day before the publication of this year’s Super Thursday books noted a large skew in one area – children’s books, and a complete absence of one particular genre – chick-lit.

This says a lot about the expectations publishers have drawn out about who will be buying books this Christmas. Overwhelmingly, the season is targeted at children. So an increase in the release of books aimed at this age bracket makes sense. Christmas-themed books also represent a growing and popular trend. The Elf on the Shelf book, for one, has combined Christmas, books and toys in such an appealing way that many will choose to sit a small plush elf in their children’s room this Christmas, in an effort to both awaken their holiday spirit, and get some well behaved children in the bargain.

The other trend is more interesting. The absence of chick-lit novels, and the presence of those focused on crime and war suggests that – if you’ll forgive me for invoking a stereotype to demonstrate how I think the industry is using it – that book publishers consider men (particularly older men) to be the recipients of books more often than women will be this Christmas. This is certainly not to say that the industry is ignoring women over this time, but it does not appear to be their focus.

Interestingly, this surge in publication around Christmastime is also a positive step for the future of the print book. Let’s face it; an eBook has to be one of the more underwhelming presents available. Oh cool! A digital file! – said no one ever. And the rush is predominately towards print.

This Christmas, you may choose to buy a book for a loved one, or even yourself. Certainly the outpouring of usually non-existent catalogues and a higher percentage of new, physical books would suggest that this might be a good time to stock up. For the publishing industry, just like others involved with consumption, Christmas is an important time, with products produced especially for those swept up in the spirit of the season.

Internal Phrasing is a blog created and designed by two publishing interns. Developed as a way to highlight their progress as interns in a fast-paced and competitive industry, Internal Phrasing documents the interests and preoccupations of Brendan and Jenna as they navigate the publishing world. An esoteric mix of the musings of its creators, it primarily contains reflections, observations and experiences in the publishing, editing and writing spheres.