We’ve all felt the anxious pressure of a deadline looming. That sweaty palm, sleepless night dread that you will never get anything finished. It’s terrifying, and it makes you wish you’d never signed up to do this crazy thing you said you would.

Deadlines are something authors, like the rest of the world, routinely face. Manuscript in by this date, have your draft done soon, we need it! We absolutely must publish on that date! The more famous your work is, the bigger the expectation, both from your publisher, and your rabid fans. Your first book might be relatively free from stress, but for sequels or follow up works, there’s often a weight of expectation that you publish again in a certain amount of time, lest the world forget about you.

With some of my own personal anticipated sequels due to come out soon, as well as a number of our Odyssey authors working on sequels, I’ve begun to question the influence of a looming deadline on the work that is produced.

One maxim that is so oft repeated many don’t remember where it came from, is the idea that ‘You can’t rush Art.’ It is undeniably true. You can spot a shabby, hurried novel from a mile away. There are continuity issues, the plot doesn’t make sense, or a key detail has been left out. Additionally, the creative process can be notoriously fickle. Some days you may be blocked, and blocked hard. There’s nothing you can do to force the process, you just have to wait.

So writing requires time and patience. That’s accepted. But is there a limit to how much time and patience a publisher needs to have? This is a particular problem with sequels. Many readers don’t like to buy the beginnings of a series until they will be assured that it will end. The consequence of this is that publishers will often need assurances of further books, so they can be confident in your ability to remain in the market. Without this, your first novel could be stellar, but it may be too much of a risk to publish.

As you continue on in the journey of writing a series, or even just a set of stand alone books in succession, the need to remain relevant and continually have something fresh to put out there only grows. If you develop a following, your readers will be waiting for new reading material. Make them wait too long, and they could easily forget about you, and move on to pastures with more books in them.

In light of this, it’s easy to see why publishers need to impose deadlines on their authors. Publishing is a business, and to an extent, writing is too. In order to make money in this business, the name of the game is producing books. Deadlines help a publisher launch your book at the best possible time, and give the writer something to work towards. We all know how easy it is to languish in an endless cycle of words if we don’t have a particular goal in mind.

The key, as always, is balance. Writers need to be given the freedom to write, and the flexibility to adapt, for when things don’t turn out as expected. Publishers need assurances that their time and investment in you will eventually come to fruition. Oppressive deadlines that allow no room for movement will always impact on the quality of the work produced. Books are not like business reports; their structure is flexible and ever changing. So too should be the deadlines they are bound by. 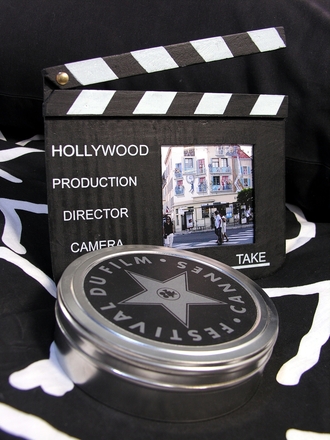 After a dose of political intrigue, international news and the unsolicited opinions of numerous journalists, my surreptitious lurking in the entertainment section revealed an interesting piece of news. Comedian Amy Shumer has landed a book deal, with an advance suspected to be around $8 million dollars. I almost fell off my chair. As a young editor working for a small press, that kind of money around an advance is still awe-inspiring. But as I thought about it more, it increasingly began to disturb me.

Before we go any further though, I want to make it clear that this is not a rant about Amy. I’m a huge fan of her work, and she can make me laugh harder than I thought possible. But her work is as a comedian, in stand-up, television, and film. What she isn’t, is an author.

We can be pedantic all we want about what the term author means. If whether all you have to do to be an author is write something, or if all it takes to be considered one is to be published. But the increasing rise of celebrity ‘authors’ bodes ill for the rest of the literary industry, as they take away from those who wish to write more than just a recap of their lives and their endearing, charming, hilarious or heartbreaking thoughts.

Books published by celebrities usually constitute autobiography, memoir, or collection of thoughts and essays. There’s the occasional cookbook of lifestyle guide, and British celebrity Katie Price, also known as Jordan, has written a novel. For the most part, these books fail to add much to the literary landscape, and rely on our cultural fascination with the lives of celebrities. The quality of the writing varies greatly, the story is often much the same – young aspiring star walks the hard road to achieve their dreams, and examines the struggle with being rich, famous and adored.

By all means, worship a star if you want to. Go see their movies, hang off their television interviews, and buy the products they endorse with that winning smile. But what do their books really add to that? More of the same things you see in their films, their stand-up, their interviews. They may be entertaining reads for those obsessed with their favourite celebrity, but as books, they often fail the test of time, and become one time reads to collect dust on your bookshelves.

And these books are doing a significant amount of dust collecting. In The New York Times bestseller list from this week alone, almost half of the top twenty are written by some celebrity, whether they be from the comedic, film or political persuasion.

With such solid represent in the bestseller lists, we can see why publishers are so keen to embrace these books, and why Amy has been given such a huge advance. No doubt her book will make it a number of times over. But it displays a worrying trend of pursuing financial gain to the detriment of literary quality.

In an increasingly risk-averse market, the booming celebrity book industry produces numerous carbon copy memoirs that make bank for their publishers, and their authors. But this takes the time and energy away from less well known authors, as they work to produce original and painstakingly crafted works, only to have them rejected because they won’t sell the same way the glittering, celebrity endorsed hardbacks will.

When the bestseller lists indicate a particular trend, naturally publishers are going to jump on as quickly as possible, ever thinking about that bottom line. The only solution for those who wish to patron higher quality literature is to of course, stop buying celebrity books. But in a society obsessed with the minute movements of celebrities, I don’t see that happening any time soon. The cost is, and will always be, the smaller authors, those who haven’t yet got the money, the influence or the fame behind them to push a book like a celebrity can.

Internal Phrasing is a blog created and designed by two publishing interns. Developed as a way to highlight their progress as interns in a fast-paced and competitive industry, Internal Phrasing documents the interests and preoccupations of Brendan and Jenna as they navigate the publishing world. An esoteric mix of the musings of its creators, it primarily contains reflections, observations and experiences in the publishing, editing and writing spheres.